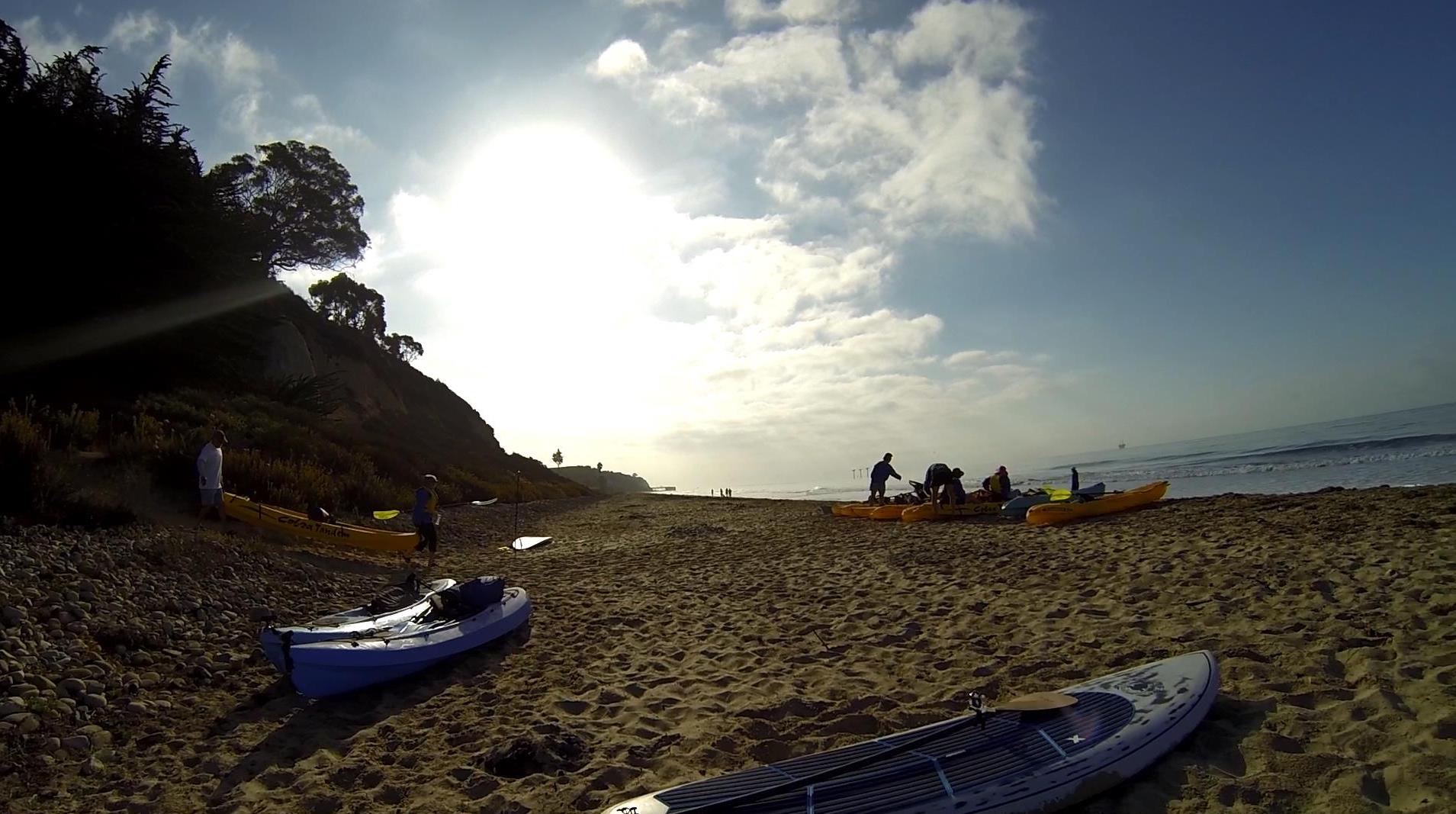 In California multiple laws and judicial decisions have established the public's right access to the coast. In 2017, the CA State Lands Commission published a "A Legal Guide to the Public's Rights to Access and Use California's Navigable Waters."

No individual, partnership, or corporation, claiming or possessing the frontage or tidal lands of a harbor, bay, inlet, estuary, or other navigable water in this State, shall be permitted to exclude the right of way to such water whenever it is required for any public purpose, nor to destroy or obstruct the free navigation of such water; and the Legislature shall enact such laws as will give the most liberal construction to this provision, so that access to the navigable waters of this State shall be always attainable for the people thereof.

The California Coastal Act declares "public recreational opportunities" a "basic goal" of the "state for the coastal zone."

Section 30210 of the Coastal Act Provides:

In carrying out the requirement of Section 4 of Article X of the California Constitution, maximum access, which shall be conspicuously posted, and recreational opportunities shall be provided for all the people consistent with public safety needs and the need to protect public rights, rights of private property owners, and natural resources from overuse.

In 1972 California passed Proposition 20 recommending that a continuous trail system be established along the coast, giving birth to the California Coastal Trail (CCT). Although the state legislature declared the CCT an official state trail in 2000, half the trail remains to be completed. One of our governing organizations Coastwalk/the California Coastal Trail Association (CCTA) specifically works toward the completion of the CCT trail, including the portion that passes through Hollister Ranch.

The common law public trust doctrine abides by the notion that certain natural resources, such as the coast, are meant for public use; and that the government must preserve these resources for the people.